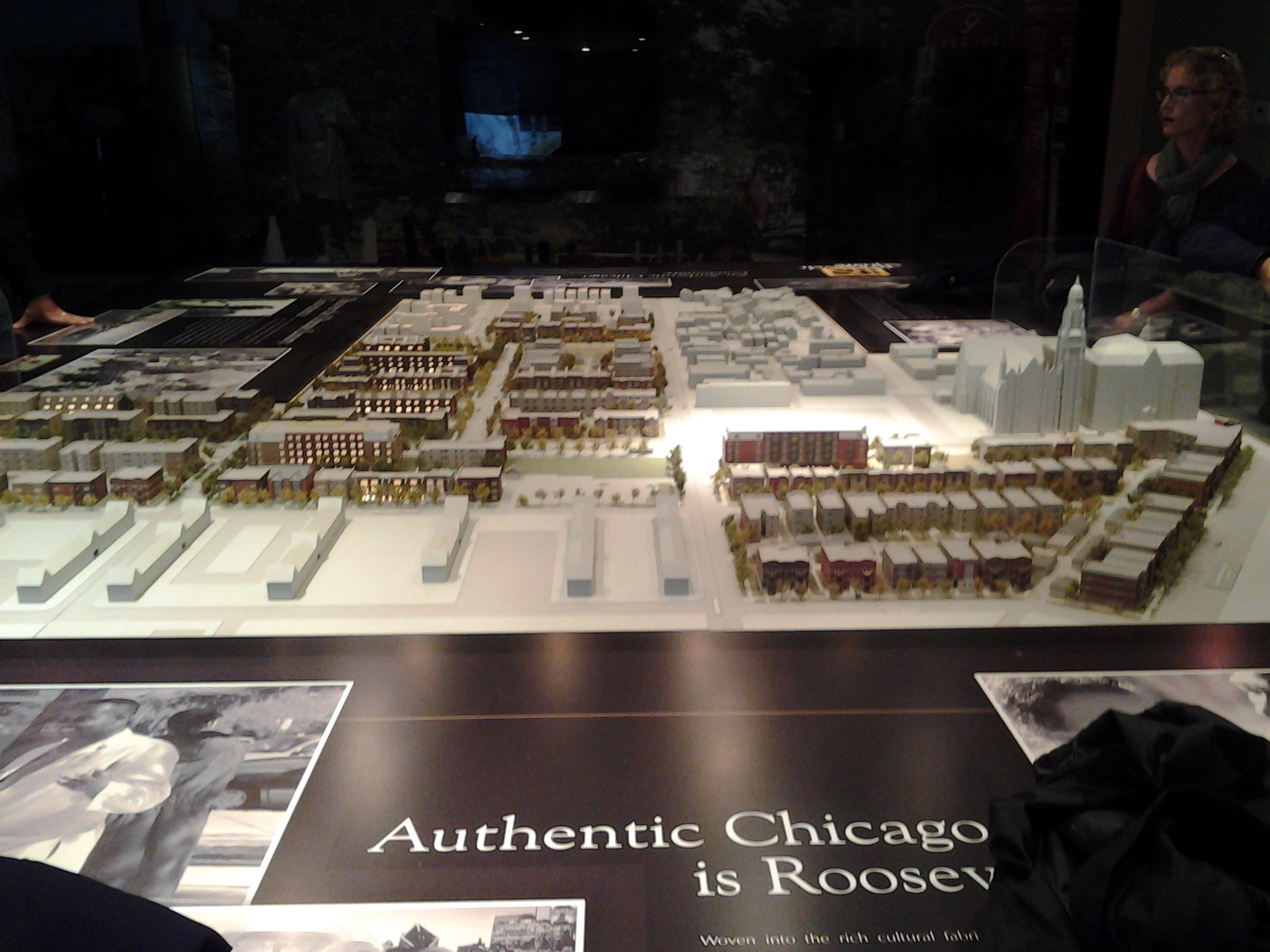 The Runstad Center sent several students from the MSRE class of ’14 to Chicago last week for the 2013 ULI Fall meeting.  Guest blogger Louisa Galassini writes in about their tour to the Roosevelt Square neighborhood, below.

The Chicago Housing Authority (CHA) was founded in 1937 and is currently the largest owner of rental housing in Chicago, providing housing to over 50,000 people. Despite this, the history of pubic housing in the city is marred with violence and controversy. In the 1950’s and 60’s, the CHA developed 11 high-rise buildings concentrated in poverty-ridden areas. The height and design of these projects made them difficult to monitor and fueled dangerous and violent behaviors in their residents.

In response to the problems, Dorothy Gautreaux and several other CHA residents filed a lawsuit against the CHA for isolating their developments in areas of concentrated poverty. The suit took 30 years to come to resolution, but in 1996, the case of Gautreaux v. Chicago resulted in a takeover of the properties by the US Department of Housing and Urban Development (HUD) and a consent decree to redevelop the housing projects.

Related Midwest was selected as the master developer for this new “Roosevelt Square” neighborhood. The project spans 135 acres, with 4,441 housing units to be completed in 6 phases. There is a 45/55 mix of rental and for sale housing, serving income ranges of 60-120% AMI in addition to Section 8 housing and market rate units. The original timeline anticipated completion in 2020, but the recession in 2008 caused major delays and currently only 500 units have been completed.

The housing style is notably different from its high-rise counterparts, which have long since been demolished. The community requested traditional Chicago building styles, producing almost entirely 3-flat brick structures in the first phase. With a relatively unchanging ground plane, similar building types and finishes, and a lack of product type the neighborhood is far from dynamic. Limited in how it is able to spend funds, hopefully the CHA can find creative ways to bring vitality to this new development.